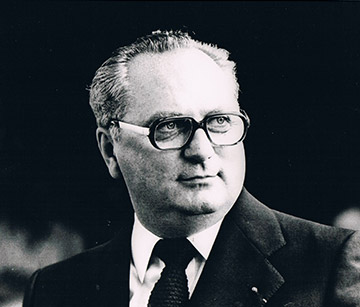 Creation of the FESIC network

The FESIC organisation was created in 1969 by Norbert SÉGARD – renowned scientist and former Minister of Foreign Trade, Postal Services and Telecommunications in the 70’s who grew up in the North of France – alongside a group of directors of engineering “Grandes Ecoles”. As soon as it was created, FESIC members wanted to “underline FESIC’s originality by involving a real part of humanism in the course trainings and making a difference in the way courses were managed”. This is how the first network of higher education institutions saw the light in France.

The federation is today formed by highly reputables and non profitables institutions with humanist traditions, which benefit from great development dynamics. It is a network united around the concepts of excellence, ethics and service of the society.

In the 60s, Norbert SÉGARD took part in the creation of several schools such as ISEN. Ahead of his time, he believed that gathering them would enable these private catholics schools to gain in efficiency as well as in recognition by firms, the government, young people and their families.

This site uses Google Analytics.KJ By continuing your browsing, you authorize us to place a cookie for the purposes of audience measurement.I understandLearn more about using cookies.
Cookies
X